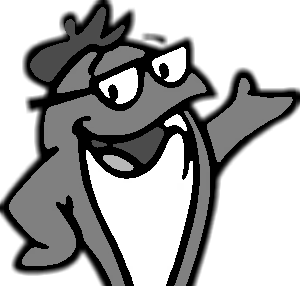 ... musings on hacking and life in general

Ok - it’s 2019 … and Raspbian has really gone a long way. But despite the fact that there is a growing number of Raspbian-Docker nerds out there… the docker-machine guys seem to be not interested in properly supporting Raspbian out-of-the box using either some “hypriot” driver setup or at least the “generic” drivers built in OS detection …

Ok - I admit … I did not find “the best” minimal Raspberry PI Docker Cluster base Distro … although I checked a whole bunch of options. Hypriot seems like a really good starter … and a vanilla Raspbian install with some apt install docker did the Job as well - but Hypriot seemed to be kind of slim enough and ready to rumble out of the box.

Other starter choices would include DietPi and MiniBian (see also this discussion).

So far I like the Hypriot stuff - a little outdated - but seems nice, working, and like my pair of gloves. I will probably stick to that for some time. The built-in cloud-init magic seems also interesting … but that’s another story.

I want something I can dd on the SD card, tweak some config files, stick it in and boot it up… and to make a really happy ending, there should be some docker-machine create to finish it all up - nice and tidy.

Well — would be nice at least… reality leaves some itching, though.

docker-machine does not offer some compatible driver setup, nor does the supposed to be swiss army knife “generic” driver handle it out of the box because of some problems in its OS detection.

So what do You do ? After booting You take some /etc/os-release file from your ubuntu laptop (or maybe any other more mainstream choice) and trick docker-machine into out-of-the-box mode. Apply it’s content using good old copy-and-paste… and You are on Your way to the usual procedure … off you go using docker-machine like it should be !

But do not forget to keep a copy of the original content of /etc/os-release and watch out for the soft link it is.

After creating the new machine you can and should undo the tweaked /etc/os-release back to the original content. Otherwise maybe Your apt update might get confused… but I didn’t smoke-test that part as of now and so far there is no forecast on that ;-)

TODO: I prepared a little GIST to follow me through the procedure.

By the way: Hypriot offers a whole bunch of special docker image builds but chances are that You do not really need to stick to their special builds in a whole lot of “not so system dependent” cases … I will probably shed a light on that in some later post.